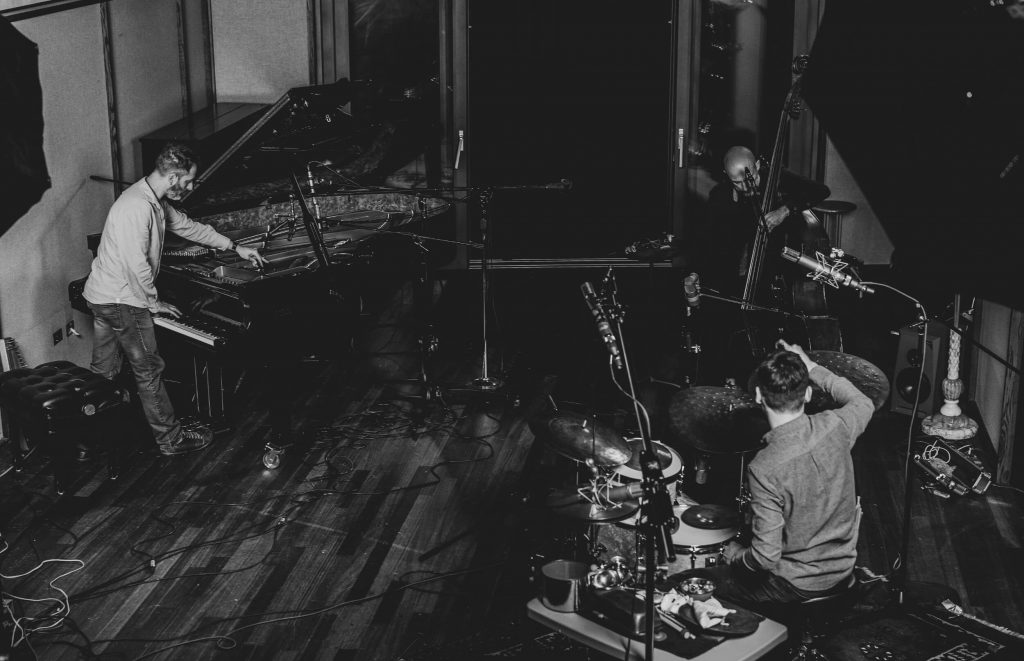 In this project, we explore musically the ideas developed by the Danish painter Piet Mondrian in his abstractions of trees. Our motivation is to translate his creative process into music. Piet Mondrian developed a method of visually distilling the essence of naturally harmonious forms by recursively painting the same tree while reducing its visual components with each repetition. In doing so, he was able to uncover the essence within the intricate structure of a tree. As with Mondrian’s tree abstractions, we aim to extract some elements from a musical gesture and uncover the underlying structure.

Throughout the creative process, we learned a lot about trees themselves and were inspired by their behavior, growth, varieties, habitats, and so forth. This led us to explore metaphorical concepts surrounding these subjects to create our musical works. At times we used a series of graphic scores generated from tree photographs as gestural inspiration and structural form.

The album will be released by Parma Recordings in April 2023.
The launch concert will be at La Sala Rossa in Montreal on April 10, 2023.